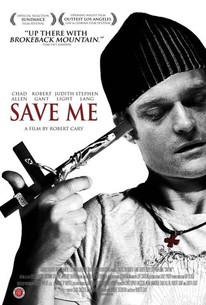 They say that the road to hell is paved with good intentions, and in this look at one of the most polarizing religious and sexual debates in America, filmmaker Robert Cary attempts to reconcile homosexuality with Christianity. Mark (Chad Allen) is a young gay man who has fallen into a dangerous cycle of hard drugs and risky sex. Recognizing that his sibling may not have the strength to pull himself back from the edge, Mark's brother checks him into the Genesis House Christian retreat in New Mexico -- a place far removed from the temptations of the big city. Genesis House is run by a deeply spiritual, middle-aged couple named Gayle (Judith Light) and Ted (Stephen Lang). After losing a battle with sin back when she was young, Gayle has dedicated her entire life to rescuing young homosexuals from their own inner demons. In order to help Mark through the process, Gayle assigns Scott (Robert Gant) -- one of the program's advanced "fifth phasers" -- as the newcomer's mentor. When Gayle notices that Mark and Scott's relationship is intensifying, she sees the development as a threat and fights back in order to prevent her carefully controlled world from falling apart. The spectre of damnation looming constantly over their shoulders, Mark and Scott are finally forced to confront the truth about their own true natures.

William Dennis Hurley
as Bill Prior

Critic Reviews for Save Me

Allen brings such conviction to the part that it's almost possible to look past the gaps in Mark's development. In the end, you may not buy each step he takes, but you respect Allen's attempt to make the effort seem genuine.

The first release from the gay-oriented Mythgarden production company, Save Me still bodes well for its evenhanded approach.

A melodrama better suited to the Logo network than to theaters.

This earnest, well-acted melodrama has compassion for all of its characters, who include gay men and the Christians dedicated to healing them of their 'brokenness'.

Save Me doesn't poke fun at anyone's beliefs. It takes a more nuanced humanistic approach.

This is a modest, thoughtful, independent production of exceptional insight and quietly devastating power.

Interesting, provocative film about one of the most polarizing issues in our culture.

tough, tight, and thought-provoking, a small-scale indie success for everyone involved.

As a movie, it doesn't amount to much more than an after school-special with sex and profanity.

A be-true-to-yourself message prevails, one that can be safely stretched to it's-OK-to-be-gay. But the film never definitely takes the stand that homosexuals can't be 'converted.'

While Save Me does seem like a TV movie, it is refreshingly honest and heartfelt.

Here after a long dry spell is an example of queer filmmaking at its best. Hallelujah my gay brethren!

Audience Reviews for Save Me

A bit melodramatic, but I am glad this is a more mature version of But I'm a cheerleader. I love it

The only real surprise of this movie is its tenderness. Once the story is laid out, you know what's going to happen. However it has solid characters and good acting. I wasn't bored.

Save Me doesn't poke fun at anyone's beliefs. It takes a more nuanced humanistic approach.

Excellent work by the cast and an even handed approach makes this an enjoyable film. Everyone was shown to have flaws, some more severe than others but all were recognizable people with good intentions.