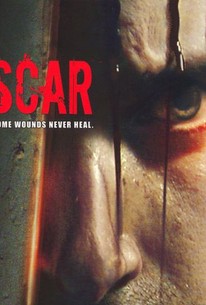 The direct-to-video supernatural thriller Scar opens with the disappearance of college student Zack, out hiking in the woods one fatal evening when he comes to a brutal and inexplicable end. One year later, the victim's nightmare-ridden friend, Tom, and former girlfriend, Jenny, decide to search for some answers, and find the forest littered with a trail of corpses; each bears a strange, bloody scar that may be tied to Zack's murderer. The pair soon find themselves pursued by the mysterious force that claimed their buddy, and must unlock a series of enigmatic, arcane secrets held by town residents, before their own lives are extinguished. And when the scar appears on Jenny, she and Tom high-tail it back to the woods to locate and confront Zack's murderer once and for all.

There are no critic reviews yet for Scar. Keep checking Rotten Tomatoes for updates!