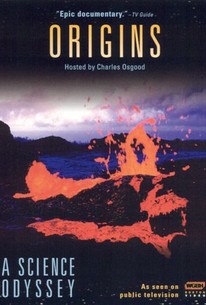 The last in a series of five films on the scientific developments of the 20th century deals with the application of technology to the quest to learn the origins of the human species. Where did we come from? Host Charles Osgood, of radio and television fame, leads the viewer on the search for the answer to that question. Considered are some of the outstanding discoveries made in the fields of archaeology, biochemistry, paleoanthropology, and geology. This interdisciplinary approach leads to some surprising answers.

Critic Reviews for A Science Odyssey

There are no critic reviews yet for A Science Odyssey. Keep checking Rotten Tomatoes for updates!

There are no featured reviews for A Science Odyssey at this time.