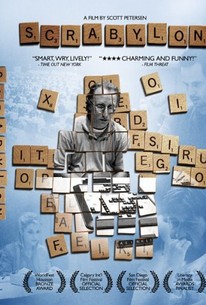 Delve into the world of Scrabble-mania in this Scott Petersen documentary about the ultra-competitive world of tournament Scrabble. The film explores the board game subculture by following several players at the World Scrabble Championship in Las Vegas. Competitors include "GI" (gastrointestinal) Joel Sherman, the world's only professional Scrabble player; Zen Scrabble master Joe Edley; and Scrabble's first child prodigy, Brian Cappelletto.

There are no critic reviews yet for Scrabylon. Keep checking Rotten Tomatoes for updates!

There are no featured reviews for Scrabylon at this time.