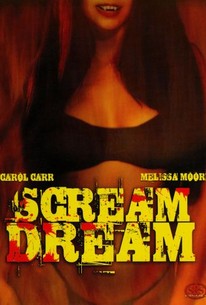 A heavy metal singer's dangerous reputation turns out to be more than just talk in his shot-on-video horror story. Michelle Shocked (Carol Carr) is a shock-rock vocalist whose image as the new queen of rock is bolstered by rumors that she's involved with witchcraft and Satan worship, stories tied in to a series of disappearances by fans attending her shows. While Shocked's wicked rep is selling records and concert tickets, manager Lou Sharkey (Gene Amonette) has grown tried of dealing with media outrage over his star attraction, and a few days before Shocked and her band are to set out on a sold-out tour, Sharkey fires her and replaces the singer with Jamie Summers (Melissa Moore), an attractive blonde with a strong voice and less problematic hobbies. However, when Derek (Nikki Riggins), Michelle's backup singer and the band's spokesman, visits Shocked to tell her the band had nothing to do with her firing, she discovers the rumors are true and he's forced to kill Shocked after she transforms herself into a demonic being. Later that day, Jamie visits Shocked's apartment to pick up some of her old stage clothes on Sharkey's orders, and discovers the body; she's drawn toward the corpse, and after licking blood from its face, Jamie is possessed by Michelle's demons and attempts to make Derek her first sacrifice. Shot in Tennessee, Scream Dream features original songs by the local band Rikk-o-Shay.

The acting here is, as expected, across the board awful yet what really disappoints is a B-movie that never really commits to being a B-movie.

There are no featured reviews for Scream Dream at this time.