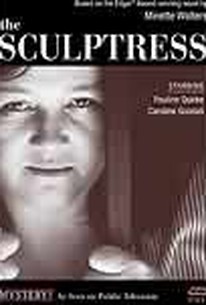 Journalist Rosalind Leigh (Caroline Goodall) has troubling concerns surrounding a brutal murder in this mystery based on Minette Walter's award-winning novel. Assigned to write about convicted killer Olive Martin (Pauline Quirke), Leigh begins to doubt that "The Sculptress," so named for her slaying method, is actually guilty of killing her mother and sister. Concerned that Olive is protecting the real culprit, Leigh sets out to dig up the truth.

Critic Reviews for The Sculptress

There are no critic reviews yet for The Sculptress. Keep checking Rotten Tomatoes for updates!

Audience Reviews for The Sculptress

Based on Minette Walters' novel, The Sculptress is a no-frills PBS/BBC-ish production with good casting and great scripting. Pauline Quirke (who had to wear an enormous 'fat-suit' to play the role of Olive Martin) is exquisite as the incarcerated murderess.

The Sculptress is a terrific adaptation of the book, by Minette Walters, of the same name. Olive Martin (Pauline Quirke) has been convicted of a horrific crime, killing and dismembering her mother and younger sister. Roz Leigh (Caroline Goodall) has been asked by her publisher to write a book about the crime. Serious doubts as to Olive's guilt begin to arise as Roz digs deeper. Did she, or did she not commit this crime? As in Minette Walters' books, the characters have many layers that are only slowly revealed. The protagonists are flawed, some of them seriously, but that only makes them human. The book leaves things much more ambiguous than this interpretation, but this viewer is willing to overlook that because of the brilliant production. The cast is superb, the scenery benefits from some great location shooting, and the story is hypnotically compelling.

This film has played on Mystery PBS, Its awesome, This is one of those films where you can't judge a DVD by its cover. But anything that appears on PBS Mystery has always impressed me and this is no exception. If you like suspense this movie is full of it, worth 5 stars.