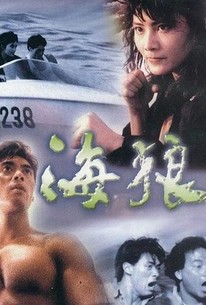 Cynthia Yang Li-chang once again stars as female ubercop Inspector Yeung in this high-octane crime thriller. The film opens with a band of smugglers preparing to sneak a stash of drugs past Hong Kong customs hidden in a false bottom of their ship filled with oil drums. Before they reach port, the ship encounters a boat filled with Vietnamese. There, crewmember John Lam (Simon Yam Tat-wah) sees his old buddy, Gary (Gary Chow King-yeung), among the refugees. When the criminals open fire on them, John saves Gary, who is injured with a nasty case of amnesia and stashes him on board. When the ship arrives in Hong Kong, Gary is noticed by customs officials as he escapes. Told that their cargo cannot be unloaded until the alien is caught, the thugs grow increasingly violent until John seeks the help of Inspector Yeung.

There are no critic reviews yet for Sea Wolves. Keep checking Rotten Tomatoes for updates!

There are no featured reviews for Sea Wolves at this time.