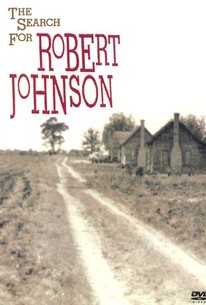 The Search for Robert Johnson explores for the first time the troubled life and mysterious death of this legendary bluesman. Drawing on the research of blues scholars Mack McCormick and Gayle Dean Wardlow, the film pieces together documentary footage, interviews, and music to tell the story of an elusive spirit who, according to folklore, sold his soul to the devil at the crossroads. Fellow bluesmen Jonny Shines, Honeyboy Edwards, and Eric Clapton share interviews, as does Johnson's girlfriend Willie Mae Powell. Classic tunes "Crossroads Blues," "Hellhound on My Trail," "Terraplane Blues," "I Believe I'll Dust My Broom," and many more are included. Narrator John Hammond leads the search for answers by retracing the steps of the original researchers -- crisscrossing the Delta, introducing viewers to the man who may be Johnson's long-lost son, touring the sites of Johnson's only two recording sessions in 1936 and 1937, and finally investigating the circumstances of Johnson's murder on August 16, 1938.

There are no critic reviews yet for Search for Robert Johnson. Keep checking Rotten Tomatoes for updates!

This was a good story on the search for information on a blues singer, the interviews were great the music was outstanding, a good rental indeed.