Every Day's a Holiday (Seaside Swingers) (The Adventures of Tim) (1965) 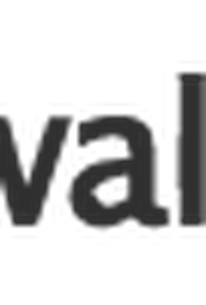 Every Day's a Holiday (Seaside Swingers) (The Adventures of Tim) Photos

A group of high-spirited youngsters finds friendship, love, and music together while working summer jobs at a holiday camp in this Merseybeat musical. Gerry (John Leyton) is a bartender who fantasizes about being a famous pop star. Christina (Grazina Frame) is an upper-class bird who sneaks off to be a waitress against the wishes of her Aunt Winifred (Hazel Hughes), who would rather she keep up her operatic voice lessons with the great Italian maestro Professor Bastinado (Ron Moody). Susan and Jennifer (Susan and Jennifer Baker) are boy-crazy twins who work in the nursery, and Timothy Gilben (Mike Sarne) is the arrogant nightclub singer who signs on as the camp's entertainer before realizing his audience will be a gaggle of preschoolers. The camp's annual talent show is to be televised live this season, so the gang sets aside their jockeying for each other's affections long enough to form a musical group. They need to practice in secret to keep Christina away from her meddling Aunt Winifred, but Gerry's father (Michael Ripper) recognizes the Professor as a Cockney comic from the old music hall days, and the outed Bastinado is forced to help the kids if he wants to keep his secret. British Invasion pop stars Freddie and the Dreamers appear as five musical, madcap chefs and sing two numbers, while Liverpool beat group the Mojos supply some hard teenage blues during a swinging dance club scene. ~ Fred Beldin, Rovi

Freddy And The Dreamers
as The Chiefs

Freddie and the Dreamers
as The Chefs
View All

There are no critic reviews yet for Every Day's a Holiday (Seaside Swingers) (The Adventures of Tim). Keep checking Rotten Tomatoes for updates!

There are no featured audience reviews yet. Click the link below to see what others say about Every Day's a Holiday (Seaside Swingers) (The Adventures of Tim)!

Every Day's a Holiday (Seaside Swingers) (The Adventures of Tim) Quotes