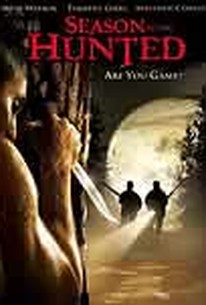 When a New York City firefighter and his old military buddy set out for a weekend retreat of bow-hunting in the wilderness, the hunters become the prey for a menacing band of cannibalistic killers in this terrifying cross between The Most Dangerous Game and The Texas Chainsaw Massacre. Steve (Timothy Gibbs) and Frank (Muse Watson) don't get out of the city much, but despite their urban trappings, their survival skills are in top shape. By the time the ill-fated duo realize that lodge owner Mitch is a member of a flesh-eating tribe that hunts humans for game it's already too late, and if Steve and Frank have any hopes of surviving the night they'll have to put their survival instincts to the ultimate test.

Critic Reviews for Season of the Hunted

There are no critic reviews yet for Season of the Hunted. Keep checking Rotten Tomatoes for updates!

Audience Reviews for Season of the Hunted

There are no featured audience reviews yet. Click the link below to see what others say about Season of the Hunted!

Season of the Hunted Quotes