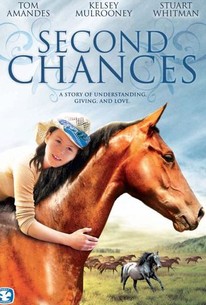 In this inspiring drama based on a true story, Sunny Matthews (Kelsey Mulrooney) is a young girl whose life is shattered after she suffers severe leg injuries in an auto wreck which also claims the life of her father. Despondent over her tragedy, Sunny sinks into a deep depression, until she develops a friendship with a horse named Ginger, whose legs are damaged much like her own. Second Chances also features Stuart Whitman, Tom Amandes, and Isabel Glasser.

Tearjerker about a brave girl and the horse she loves.