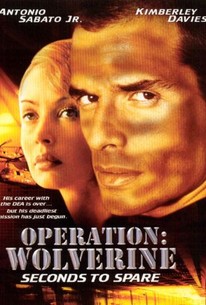 Combining elements from Speed and one of the hot button issues of modern times -- chemical warfare -- this film takes place aboard an express train where an assassin has threatened to gas the passengers with a highly deadly substance unless he gets a hefty 25-million-dollar purse from the feds, and quickly. The train isn't the only thing at risk, either, being that the poisonous agent could easily be released into a major city with devastating effects. Featuring Antonio Sabato Jr. and Kimberley Davies.

Hugh Rimington
as Newscaster
View All

Critic Reviews for Seconds to Spare

There are no critic reviews yet for Seconds to Spare. Keep checking Rotten Tomatoes for updates!

There are no featured reviews for Seconds to Spare at this time.