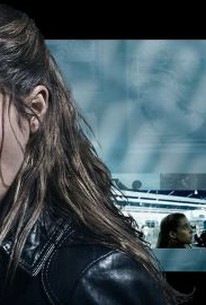 Two people find their lives taking unexpected turns dictated by the war on terror in this thriller from French writer and director Philippe Haim. Diane (Vahina Giocante) has turned her back on life as a streetwalker and is working towards a new career as an Arabic translator. However, when Diane does poorly on an important exam, she's approached by Alex (Gerard Lanvin), a French intelligence operative, who wants her to become an undercover agent. Once in the field, Diane is soon chasing the minions of terrorist leader Al-Barad (Simon Abkarian) after two fellow agents (Medhi Nebbou and Rachida Brakni) are unable to get to the bottom of a plot to smuggle a powerful bomb into France. Meanwhile, Pierre (Nicolas Duvauchelle) is a dope dealer who is suspected of having ties to terrorists; when he's thrown in jail, he's treated with such brutality that he turns against the French government and begins working with a violent band of Muslim extremists. Secret Defense (aka Secrets of State) also features Aurelien Wiik, Nicolas Marie and Katia Lewkowicz.

Kamel Belghazi
as Aziz
View All

There are no critic reviews yet for Secret défense (Secrets of State). Keep checking Rotten Tomatoes for updates!

There are no featured audience reviews yet. Click the link below to see what others say about Secret défense (Secrets of State)!