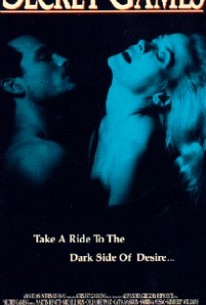 In this erotic skin-flick, lovely Julianne, a bored Hollywood housewife finds much-needed excitement when she begins working as a pricey hooker for a posh local brothel, Afternoon Demitasse. Though shy at first, eventually the woman decides to go all the way. Her first client is the wonderful Eric, a super stud who fulfills her wildest sexual fantasies by not only taking her to the giddiest heights of physical pleasure but also talking intelligently to her afterward. He soon becomes her favorite regular. Though she is having a ball in the afternoon, at night, Julianne is tortured by terrible guilty nightmares. Meanwhile, back at the brothel, Julianne's fun part-time job, takes a dark turn when she realizes that Eric has become obsessed with having her all to himself and is even willing to kill for the privilege. The film is basically a remake of Bunuel's classic Belle du Jour, and features plenty of lingerie-clad and naked beauties engaged in a variety of soft-core hetero and homosexual acts.

There are no critic reviews yet for Secret Games. Keep checking Rotten Tomatoes for updates!

There are no featured reviews for Secret Games at this time.