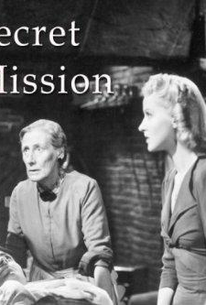 In this WW II actioner, two British Intelligence agents and a French agent follow their leader into Nazi-occupied France to see how strong the invaders really are; unfortunately, the only way to get that information is to break into the German headquarters. They do so by pretending to be champagne vendors. As soon as the Nazis figure out their scheme, they begin chasing the Allied agents who are assisted by the French Resistance to make sure the information is given to the British who use it to destroy the German supplies and munitions. During their flight, one of the agents his killed; later his sister vows to do everything she can to stop those evil Nazis.

Nothing memorable or special, but a watchable war drama.

There are no featured reviews for Secret Mission at this time.