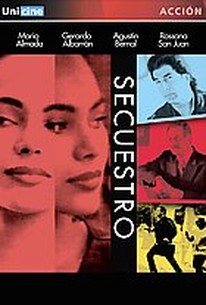 In this taut action thriller from Mexico, a group of radical extremists have decided to take their actions against the state to the next level. In a bid to raise both money and public attention for their cause, the four revolutionaries kidnap twentysomething Marcia, whose father is a wealthy and powerful business magnate. As the radicals hold Marcia for ransom, the young woman is thrown from her sheltered life into a world of danger, but as she struggles to find a way to free herself, she finds herself becoming infatuated with one of her abductors. ~ Mark Deming, Rovi

There are no critic reviews yet for Secuestro. Keep checking Rotten Tomatoes for updates!

There are no featured reviews for Secuestro at this time.