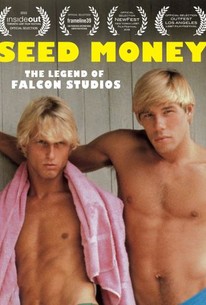 Seed Money is the story of Chuck Holmes, a San Francisco pornographer turned philanthropist. Holmes helped shaped and create gay identity in the years after Stonewall, and became a founder of gay advocacy groups like the Human Rights Campaign and the LGBT Victory Fund, only to find later in life that while his money was welcome in philanthropic circles, he wasn't.

Despite the film's brief running time, it packs in vital social context, gay history and nostalgic imagery along with some sad truths.

There are no featured reviews for Seed Money: The Chuck Holmes Story at this time.