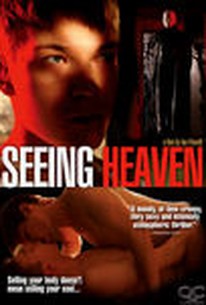 With each new trick, handsome young hustler Paul experiences increasingly vivid visions of his missing twin brother. In order to bring about stronger, more revealing visions, he places himself in increasingly dangerous situations. Eventually, a masked maniac appears in Paul's visions, which somehow find their way into the minds of his many lovers. Upon realizing that the killer from his visions could be closer than he thinks, Paul begins to view everyone as a potential suspect.

There are no critic reviews yet for Seeing Heaven. Keep checking Rotten Tomatoes for updates!

There are no featured reviews for Seeing Heaven at this time.