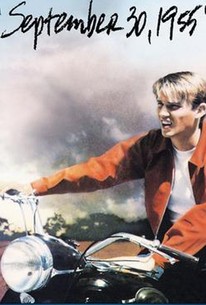 This film, aired on television as 24 Hours of the Rebel, delves into the hero-worship aura that surrounded James Dean following his tragic death. This stars The Waltons' Richard Thomas (getting a break from his usual "goody-goody" roles), who, as character "Jimmy J," is stunned by Dean's death and gathers his friends in a drinking foray where the stupor comes more from their turbulent emotions than from the suds. Quite respected for its real-life glimpses, this film is the debut of Dennis Quaid.

Belynda Dix
as Girl in Car

Melody Hamilton
as Girl with Corsage

Richard Thomas gives a great performance in James Bridges' sensitive, underestimated drama about the impact of Jimmy Dean's death on youth in a small town.

There are no featured reviews for September 30, 1955 at this time.