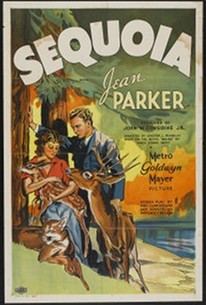 In an early pro-ecology effort, Jean Parker stars as a girl dwelling in the High Sierras. Awkward with humans, her best friends are the surrounding animals, especially her pet deer and puma. When hunters invade the territory, she struggles to protect the local wildlife. The outdoor photography is this film's principal asset; things grind to a halt whenever anyone opens his or her mouth to speak. Sequoia was based on a novel by Anne Cunningham called Malibu, and was later reissued under that title.

There are human actors in the story, but their conduct is so unremarkable or on such a low scale, as compared with the noble behavior of the animals, that it doesn't count.

There are no featured reviews for Sequoia, (Malibu) at this time.