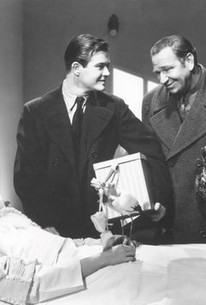 In this interesting drama, a highly respected straight-arrow Irish cop is pleased when his son follows him onto the force. Unfortunately, the son is more interested in promotions than in upholding the law and he makes few friends among his peers. When he shoots a child caught stealing, the others frame him and he is sent to prison where his attitude becomes even worse than before. Upon his escape, the bad seed goes on a crime spree. He then learns that his wife has just borne him a son. When he goes to the hospital to see the babe, his father, who set this trap, arrests him and sends him back to the pokey, proving that in this case, justice is thicker than blood.

Dick Jones
as Dennis Madden as a Boy

Drew Roddy
as Al Boylan Jr., as a Boy

Turned out better than expected.

There are no featured reviews for Sergeant Madden at this time.