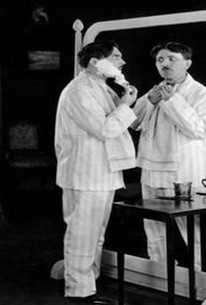 Seven Years Bad Luck is one of the few existing feature films starring top-hatted French farceur Max Linder. The story gets under way when Linder inadvertently breaks a mirror. Attempting to buck the consequences, superstitious Linder contrives to dispense with a full seven years' bad luck in a single day. The film is highlighted by a mirror routine borrowed from Chaplin's The Floorwalker (1916) and later repeated in the Marx Brothers' Duck Soup (1933). Made in Hollywood, Seven Years Bad Luck was Linder's next-to-last American effort; he returned to his native France in 1923, where he committed suicide two years later.

Betty Peterson
as The Maid

Harry Mann
as The Chef

There are no featured reviews for Seven Years Bad Luck at this time.