Sex and Lies in Sin City: The Ted Binion Scandal2008 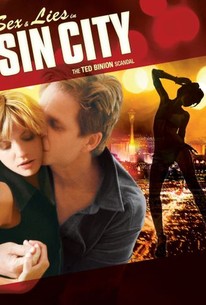 Matthew Modine, Mena Suvari, and Marcia Gay Harden star in director Peter Medak's look at one of the biggest scandals ever to rock Las Vegas. The owner of the world famous Horseshoe Casino, Ted Binion (Matthew Modine) was one of the most powerful men in Sin City. But sin got the best of Ted when he fell scorching stripper Sandy Murphy (Mena Suvari). Caught up in a web of drugs and deception, noted heroin user Binion suffers a suspicious overdose that is quickly classified as a homicide. As Binion's sister Becky (Harden) works overtime to prevent the case from going cold, Sandy and her boyfriend (Johnathon Schaech) race to solve the mystery and prove their innocence. Based on the book Murder in Sin City by author Jeff German.

Critic Reviews for Sex and Lies in Sin City: The Ted Binion Scandal

There are no critic reviews yet for Sex and Lies in Sin City: The Ted Binion Scandal. Keep checking Rotten Tomatoes for updates!

Audience Reviews for Sex and Lies in Sin City: The Ted Binion Scandal

It was so-so. Entertaining enough to have on in the background while I worked on some other stuff.

Trashy but not totally unenjoyable. I actually did not know this story, so it was all new to me. Not sure if it is deliberately vague about whether she was guilty or not, or I just wasn't paying attention closely enough, but it is a bit up in the air. For a bit of brainless entertainment, it was okay, though.