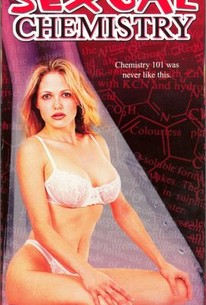 A chemist seeking to perfect his new sex-enhancing drug gets surprising results when he becomes his own test subject in this gender-bending sex comedy from producer/director Mike Sedan. As if being transformed into a female wasn't enough of a problem for a scientist on a deadline, formula creator Robert's gender troubles are compounded when his fiancée gets jealous, his best friend Max starts hitting on him, and his mother stops by for a surprise visit. As Robert continues to alternate between sexual identities at the most inopportune times, his sexual appetite grows, and the coming deadline for perfecting the experimental brings his entire professional career into question.

There are no critic reviews yet for Sexual Chemistry. Keep checking Rotten Tomatoes for updates!

There are no featured reviews for Sexual Chemistry at this time.