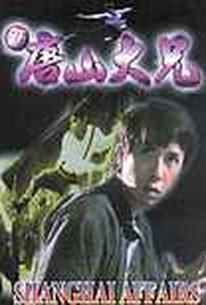 A famished peasant who has inadvertently mastered the lethal art of king fu sparks a brutal gang war in a hard-hitting martial arts adventure starring Hong Kong superstar Donnie Yen. In addition to contributing to the fall of Fuehein's two most feared gangs, lowly peasant Tangsan has also aided in restoring a 1000 year old Maehu Statue and saving his friends from a life of slavery. Now, thanks to Tangsan's heroic efforts, a massive gang war is about to explode, and Tangsan is caught directly in the crossfire.

There are no critic reviews yet for Shanghai Affairs. Keep checking Rotten Tomatoes for updates!

There are no featured reviews for Shanghai Affairs at this time.