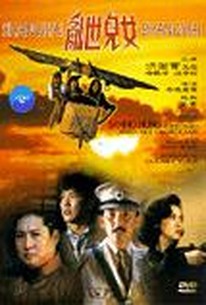 Teddy Robin Kwan directs this lavish period action flick set in the first half of the 20th century and featuring a dazzling line-up of stars. Little Tiger (Yuen Biao) ventures from the sticks to the big city in search of his cop brother Big Tiger (Chi-cheung Lam), an honest cop working in a corrupt system. Surmising that life in the police force was not his cup of tea, Little Tiger joins the Swallow Acrobatic Troop, which he excels in because of his kung-fu prowess. When a band of thugs from Chin Hung-yun's (Sammo Hung) group attacks the troop, Little Tiger not only handily fights them back but also infiltrates their organization to destroy them from the inside. Meanwhile, Big Tiger's old flame Mary (Anita Mui) returns from America to join the revolutionaries. Big Tiger soon finds himself torn between his love of this girl and his orders to arrest all revolutionaries.

There are no critic reviews yet for Luan shi er nu (Shanghai Shanghai) (This Shanghai Encounter). Keep checking Rotten Tomatoes for updates!

There are no featured reviews for Luan shi er nu (Shanghai Shanghai) (This Shanghai Encounter) at this time.