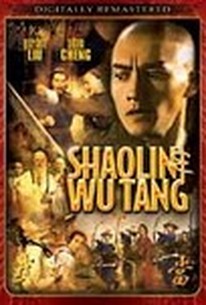 Gordon Liu's Hong Kong action film Shaolin & Wu Tang stars Wang Lung Wei as a Manchu prince who is manipulating Shaolin and Wu Tang masters in order to learn their secrets. He sets two friends up against each other. The pair eventually learn the error of their ways and team up to take out the prince. ~ Perry Seibert, Rovi

There are no critic reviews yet for Shaolin & Wu Tang. Keep checking Rotten Tomatoes for updates!

There are no featured audience reviews yet. Click the link below to see what others say about Shaolin & Wu Tang!