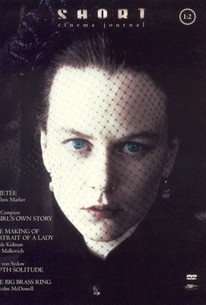 The second volume in a series of videos collecting great short films, this program includes La Jetee, Chris Marker's poetic science fiction story that inspired Terry Gilliam's 12 Monkeys; A Girl's Own Story, a poignant look at adolescence from director Jane Campion that's paired with a documentary on the making of Campion's The Portrait Of A Lady; and The Big Brass Ring, based on a story by Orson Welles, in which Malcolm McDowell plays a politician doing verbal battle with a reporter (the video also includes an interview with the film's director, George Hickenlooper). Six other shorts also appear.

There are no critic reviews yet for Short 2: Dreams. Keep checking Rotten Tomatoes for updates!

There are no featured reviews for Short 2: Dreams at this time.