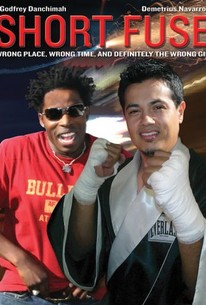 When a temperamental boxer is suspended from the sport for a year due to bad behavior, his attempt to climb back into the ring is complicated by devious drug dealers, sexy strippers, and shady schemes in this tightly-would sports drama starring Demetrius Navarro and Emilio Rivera. A talented pugilist who packs a million dollar punch, Shane lands himself in hot water when he fails to contain his temper in the boxing ring. While the boxing commission later agrees to give Shane another shot at the title after a mandated cooling off period, his next opponent will be none other than dreaded Super Welter Weight Champion "The Baby Faced Assassin" - who is almost certain to knock Shane out in the first round. But in order to make the match Shane and his manager Dogan will have to get to Las Vegas in record time. It's a long drive to the city of sin, and there are plenty of distractions along the way. Even if Shane does manage to beat the clock and climb into the ring for the fight of a lifetime, the odds are good that this will be the final fight of his already abbreviated career.

Francisco 'Panchito' Bojado
as The Champ

David Müller
as Rolo
View All

There are no critic reviews yet for Short Fuse. Keep checking Rotten Tomatoes for updates!

There are no featured reviews for Short Fuse at this time.