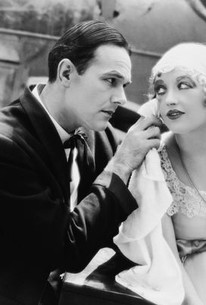 In this silent film, pretty Peggy Pepper (Marion Davies) travels out to Hollywood with the hope of becoming a famous actress. As she struggles to make her dreams come true, Peggy takes a job at a company that creates comic films. Once there, she falls in love with comedian Billy Boone (William Haines), but a big break at a major motion picture studio might have an undesirable effect on their relationship.

Polly Moran
as The Maid

Renée Adorée
as Herself

George K. Arthur
as Himself

Charles Chaplin
as Himself

Karl Dane
as Himself

Douglas Fairbanks
as Himself

Elinor Glyn
as Herself

Aileen Pringle
as Herself

Dorothy Sebastian
as Herself

Norma Talmadge
as Herself

Estelle Taylor
as Herself

Claire Windsor
as Herself

It has laughs, studio atmosphere galore, intimate glimpses of various stars, considerable Hollywood geography, and just enough sense and plausibility to hold it together.

It is a hardy satire on Hollywood life, directed by King Vidor, the versatile producer of "The Big Parade." But he is not alone responsible for the gaiety in this picture, for Marion Davies shares honors with him through her unusually clever acting.

Although perhaps not the hilarious comic masterpiece of repute, nevertheless a delightful look at silent Hollywood.

The overall behind-the-scenes glimpses of moviemaking are often fresh and entertaining.

As one who has said some pretty mean, nasty things about Marion Davies in the past, I am gratified in the extreme to be able to report that, in Show People, she is extraordinarily, uncannily good.

Show People is a fairly amusing comedy, though most of its laughs, one is sorry to say, come from the titles.

Show People is a remarkable film...

Show People is a classic of its type, certainly more entertaining than The Artist, which recycled the same material to considerably diminished effect.

What might have been hysterical back in the day, today seems passably cutesy comedy.

Interesting Hearst-backed production starring Davies and other big stars of the era.

There are no featured audience reviews yet. Click the link below to see what others say about Show People!