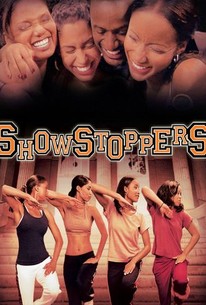 As the girls of Lambda sorority make their way towards the finals at this year's national stepping championships, dedicated team captain Destiny (Faune Chambers) attempts to keep her team focused on victory despite attempts by her scheming rival Pam (Angell Conwell) to prevent them from taking the top prize. Destiny is the kind of team captain whose enthusiasm is infectious, yet lately her spirits have been slightly dampened by her former friend and current nemesis Pam. Pam is intensely jealous of the Lambda girls' immense talent, and she's willing to do whatever it takes to undermine the team's confidence. As if keeping her team on the path to victory isn't job enough for the perpetually perky Destiny, she's also working overtime to win the heart of her longtime love interest Fabian (Bryce Wilson). Will Destiny endure and astound the judges at the national stepping championships while laying the groundwork for true romance, or will dark cloud Pam prove effective in preventing her old friend from dancing her way to greatness.

Faune A. Chambers
as Destiny

Brenda Vivian
as Blossom
View All

Since Don Imus' disgusting remarks about the young women on the Rutgers Basketball team, this flick's sort of humor falls flat, even when coming from the mouths of African-Americans.

There are no featured reviews for Showstoppers at this time.