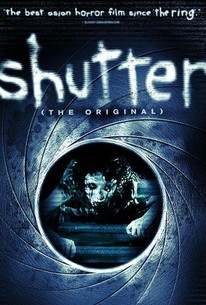 A shock accident on a lonely country road has terrifying repercussions for a Bangkok photographer and his frightened wife in the Thai horror sensation that chilled audiences at the Gérardmer and Bangkok International film festivals. Distracted during a late-night drive down a long stretch of country road, Tun accidentally runs down a pedestrian who seemed to have materialized out of thin air. Though Tun and his wife, Jane, attempt to relinquish themselves of responsibility by fleeing the scene and hastily returning to Bangkok, it seems as if someone or something is intent on ensuring that they don't forget their moonlit transgression. When Tun begins to see spectral figures in the images he snaps and Jane finds her dreams taking an unusually dark turn, the pair immediately decides to return to the scene of the accident to find out what became of their hit-and-run victim. Strangely, upon investigating the accident it begins to appear as if there has been no report of the accident and no victim to speak of. Upon returning to Bangkok, Tun's friends begin dying at an alarming rate, leaving the pair desperate to unravel the murderous mystery before it consumes them body and soul.

Jitlada Korsangwichai
as Nurse No. 1

Duangporn Sontikhan
as Nurse No. 2
View All

Competently handled, decently acted and contains a couple of twists in the final reel that may give you a jolt.

This reasonable Thai horror flick can't decide when and how its disgruntled wraith - female, as usual - is allowed to manifest herself.

There's some scare-voltage here, and some cliches.

The first-time directors, Parkpoom Wongpoom and Banjong Pisanthanakun, might not have names that roll off the tongue, but they have a way of getting noticed.

Works best if you don't know where it's heading.

The jury is out on whether we need another J-horror scare story, but it's not an open-and-shut case. And with the re-make in the works, the file remains open.

The acting work is quite convincing. [Full Review in Spanish]

Innovative, deeper than the norm and visually striking.

...ultimately comes off as yet another hopelessly derivative and downright interminable Asian creeper...

The latest in the line of hairy hauntings, Shutter, for the most part conforms to expectations, although it has a pay off which lifts it above the pack.

Shunning random carnage, this horror carries you with it to the final twist.

Familiar though it may be, the film is well made and contains more than its fair share of supremely creepy moments, plus there's a clever twist near the end that you really won't see coming.

Had quite big expectations of this film and although it was and enjoyable film, it doesn?t bring anything new to Asian Horror or the Horror genre in general. I also have the remake and it?ll be interesting to compare the two, once I have watched.

A swing and a miss! Completely derivative horse shit. Cool ending, though, and surprisingly solid performances. Too bad it isn't scary, relying heavily on audio cues (some of which are shockingly misused) and falling back on the old, now unscary Asian girl ghost crutch. Shutter is poorly lit and cheap-looking, further undermining the already heavy attempts at creating atmosphere. After seeing something like REC, the amateurish direction behind something like this really shows. Also, Tun is a prick. Completely avoidable. For all the talk of how it was going to put Thai horror on the map, it sure didn't make much of a splash...and for good reason.

Best watched at night with the lights down to get the full effect. There are images here that can SCARE even the most hardened of viewers. Too bad the story is totally ludicrous and unoriginal, otherwise this would have been a great horror movie.

Wonderfully shot horror film whose atmosphere far exceeds the film itself. Again it's an Asian horror film that focusses around an investigation, a dead girl and many twists. The first problem comes from the initial hit and run incident. Neither person seems that bothered after having possibly killed someone. The film has a wonderfully creepy presenc to it, and the ghost in question is particularly scary, though her ochestra she seems to bring with her is not needed. It's not something I was invested in, in terms of characters but it certainly had me jumping.