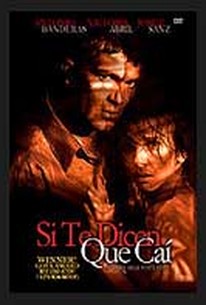 In the year of The Mambo Kings, Antonio Banderas - then on the very cusp of stardom - also headlined the Spanish-language drama Aventis, directed by Vincente Aranda. Translated, the title refers to a Spanish blend of historical recounting and mythmaking. The story involves a doctor and nurse who - some sixty years after the Spanish Civil War - happen upon a body outside of Barcelona and ponder its origins. In flashback, the film explores the gentleman's life, identity, sudden death, and his relationship to events from the doctor and nurse's childhoods. Victoria Abril (Tie Me Up! Tie Me Down!) co-stars. ~ Nathan Southern, Rovi

There are no critic reviews yet for Aventis. Keep checking Rotten Tomatoes for updates!

There are no featured audience reviews yet. Click the link below to see what others say about Aventis!