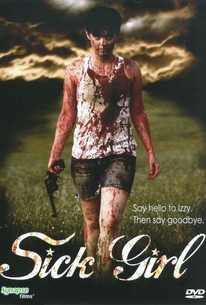 A psychologically mangled teenage girl embarks on a violent rampage after a trio of bullies target her younger brother for torment in director Eben McGarr's blackly comic indie shocker. Young Izzy (Leslie Andrews) has issues; her parents are nowhere to be found, and when her older brother joins the military and leaves to fight in Iraq, she's forced to become the sole guardian of her younger brother Kevin. Thankfully, her motorcycle-riding pal Barney is always willing to lend a helping hand, but that still isn't enough to make Izzy's life stable. In order to blow off steam, Izzy frequently tortures people in the abandoned barn near her family home. Whether it's the young hooligans who won't leave her brother alone or a busload of Catholic schoolgirls who just happened to be in the wrong place at the wrong time, Izzy wastes anyone who gets in her way without a second thought. But her bad judgment hits an all time high when she bestows her younger brother the gift of a handgun, paving the way to tragedy and potentially destroying what's left of her family.

There are no critic reviews yet for Sick Girl. Keep checking Rotten Tomatoes for updates!

There are no featured audience reviews yet. Click the link below to see what others say about Sick Girl!