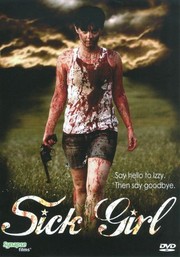 Kenny N
April 14, 2015
There's a good movie in here somewhere. Or at the very least an interesting one. It's micro budget and amateurish acting and directing ultimately are its undoing, but there are moments (Izzy lecturing her brother's bullies, pontificating about the nature of good and evil to her hostages, the car ride on Christmas night) that suggests the person responsible for this had something important to say, but not enough money to say it. You'll probably skip right over this one without a second thought because it looks like someone's home movies with a ten cent production polish. But of all the multitude of low budget horror films that come from every which way every year, none that were so close to the bottom of the totem pole had an effect on me the way this one did. It made me feel something: fear, sadness, SOMETHING. That's more than I can say for whatever volume of Halloween they're on currently.

Paul O
½ June 11, 2013
The makers of this film have a great idea for a storyline with moments of gore and scenes that some might find disturbing but the film suffers from poor acting, a low budget and a story that is not quite executed like it could've been.

Luciano G
½ May 5, 2013
A solid movie and I'm pretty sure that most fans of low-budget 'shockers' will be entertained.....it's probably too 'rough' for the casual horror-viewer...

Amy H
April 14, 2012
I cannot even rate this movie as it was just pathetic! Terrible acting, terrible dialogue and terrible story! Oh I mean what story?? Is this even suppose to be a horror movie? A gore movie? Please, whoever write and made this need to go back to movie making school and maybe watch a few more horrors!

Edward K
October 17, 2011
this girl is psychotic but to be honest it wasnt a very good movie but there is a scene in this movie that is nuts

Chris C
September 8, 2011
Sick girl is an American independent film written, directed, and produced by Eben McGarr. It stars the wonderful Leslie Andrews and the terrible John McGarr (who also helped in the production). This film is ripe with noticeable dichotomies such as the talent gap between lead actors.

First of all the style of this film is just fantastic. It hits you right with the opening title, BAM, you're watching Sick Girl! The film easily and instantly sucks you in. Leslie Andrews, who plays Izzy, gives a fantastic performance and from the start it is hard to take your eyes off her. Andrews gets so deep into her character that you can literally see the craziness twinkling in her eyes, hear the depravity in her voice. This is contrasted by John McGarr's character Barney. He is, physically, such a large and imposing figure in this film, seen first wearing a black biker jacket in a very green setting, and his presence in any scene is palpable. He is a great terrible actor. He captures any scene he is in, can't act for dick, and somehow he works. His bad acting makes him accessible, imparts upon him that sense that he is a giant teddy bear of a man. Every time he speaks though I felt like I was watching a made-for-TV-movie.

There are a few particular child actors who do such a terrible job though that scenes in the film suffer from it. At first I thought the violence was underdone as a nod to style, but by the end of the film I realized it was more than likely the poor actors who made the violence in earlier scenes stand out as unbelievable and rushed. And while Leslie Andrews in these scenes can make your skin crawl, the children don't even look like they know they're acting in a film. It draws attention to itself, but luckily most of these scenes are in the first half of the film.

The ending is where the magic of this film really comes out. The climax is so powerful and well done that it validates earlier issues of acting and special effects. One's appreciation is definitely enhanced after seeing the ending. A very well told story and one I'm glad I didn't miss.

Michael G
July 24, 2011
No too shabby for a low budget horror flick but it certainly was repulsive yet genuine. The ending will certainly shock you!

Joe G
½ November 18, 2010
This to me would have just been a run of the mill movie if it wasent for one scene.You will know it when you see it.

DJ J
½ November 10, 2010
This is a violent slasher... so be warned, if you are not into slice and dice gore and guts, then you may want to proceed with caution. This movie will definitely make it to many of my "Most Disturbing" movie lists. Some people will definitely not like Sick Girl because of the poor/complicated plot, sinceless murder, bad acting, rape, kids killing kids, peeing on nuns, torture and body dismemberment. With that said, on the other hand, some of these things might be the exact reason some people may actually want to watch and like this movie. So if all of that sounds interesting to you, then by all means, live it up and add it to your queue, but anyone who might not be into violent slashers should probably pass on this one. That's just my humble opinion.

devastator9 .
September 12, 2010
LOL. What the hell was this bizarre train wreck? I don't know but I watched it in a small group MST3K style and found it to be hilarious. Awkward acting, terrible production, and very disgusting components added in for shock. I had a lot of fun, it was one of those movies that is so awful that it is wildly entertaining.

A Y
½ June 3, 2010
Not the worst movie I've ever seen, by far. In fact, I thoroughly enjoyed myself most of the time. I must warn you, though, it is not for the faint of heart or turbulent of stomach. I went into this movie expecting what I got: A seriously screwed up girl torturing some people out back in the barn. And let's face it, most of them deserved what they got anyway.

One thing that I do have to knock the movie for was the acting. Not to speak ill of the dead, but John McGarr's acting constantly reminded me of one of the Soprano's goons who tended to get killed off quickly so they wouldn't remind you how bad they were. Andrews' Izzy was kind of what you'd expect from a sociopath--her faked emotions were not consistent with what real emotions are like. Maybe that was great acting? Who knows.

I would have liked to see a little more character development, specifically, how Izzy went so nuts. She was obviously a little messed up to begin with, considering her brother issues, but it would have been fun for me to get to delve into her mind a little more. I know they were working with low budget, and I commend them that I sometimes forgot that fact. However, the characters could have used some flesh.

I will say this. If you are into watching a fully visible but hopefully (...i mean, obviously...maybe) faked castration, you will probably enjoy the last ten minutes of the movie. That's just a friendly heads-up; there was some gnarly shit that went down.

This is definitely a thriller for the whole family. More likely though, you will never share the experience with anyone and you'll hide the DVD when you're done so no one will know. Either way, if your bar is set at the right height, you will be appropriately disturbed by the end of this film.

James G
½ May 8, 2010
For a low budget flick, this is actually pretty well done. Sick Girl definitely lives up to her title, doing some really twisted shit, like cutting off a guy's dick, shoving it onto a spike, making it into a strap-on, and then raping a Catholic school girl. The opening scene of the movie has Sick Girl holding down a nun and pissing in her mouth. If you don't have a queasy stomach, then this one's for you!

Walter C
April 9, 2010
A girl is raising her younger brother while she's having a pyschotic mental breakdown.
This is one of those horror movies that I consider dark drama. The acting is bad, the script is bad and almost all of the violence in this movie is against young boys and women. It starts off with the main character getting on a bus to beat up a nun and urinate on her. Then she kidnaps the bullies that have been picking on her brother at school and makes one of them kill the other two. I'm not even going to tell you what she does to a couple she kidnaps at the end of the movie (it's sexually violent).
It's an awful movie. Don't waste your time on it.
Page 1 of 2