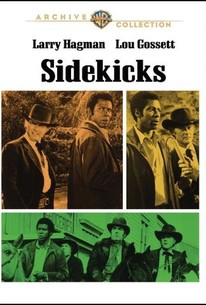 This comedy western is the failed pilot for a TV series based on the 1971 feature film Skin Game. Like the original, this tells the story of two bungling con artists, one white the other black, who ride around trying to collect an outlaw bounty and outsmart slave traders. ~ Sandra Brennan, Rovi

Tyler McVey
as Jones
View All

There are no critic reviews yet for Sidekicks. Keep checking Rotten Tomatoes for updates!

There are no featured reviews for Sidekicks at this time.