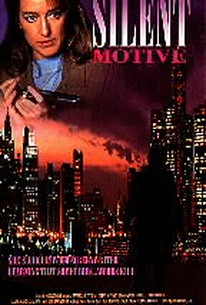 The made-for-television thriller Silent Motive is about a screenwriter (Patricia Wettig) whose recent script is being used for a series of murders of film-industry executives. Consequently, a police detective (Mike Farrell) immediately assumes that she is the chief suspect behind these gruesome crimes.

There are no critic reviews yet for Silent Motive. Keep checking Rotten Tomatoes for updates!

There are no featured reviews for Silent Motive at this time.