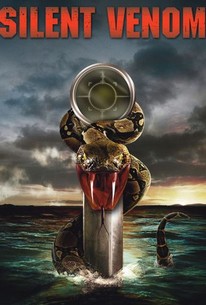 The only thing more terrifying than Snakes on a Plane is "Snakes on a Submarine," and that's exactly what we get in this claustrophobic, sub-aquatic thriller starring Luke Perry. Lieutenant Commander O'Neill (Perry) was piloting a retired submarine to its final port when Admiral Wallace (Tom Berenger) diverted the crew for one last mission: rescue an imperiled army research team before they meet a watery death. In order to reach the researchers and their top secret cargo while avoiding detection by a hostile enemy fleet, Lieutenant Commander O'Neill orders his crew to "run silent" in the depths. That silence is soon broken, however, when the cargo proves to be two genetically altered leviathans. Now, far beneath the ocean floor, a new kind of predator emerges to prove just how vulnerable man truly is when there's nowhere left to run. ~ Jason Buchanan, Rovi

The problem is that without a decent budget, snakes aren't that scary.

Well, it's a direct-to-video Fred Olen Ray movie that's about three years too late to the Snakes on a Plane rip-off party. You were expecting good?

...a particularly potent exercise in bottom-of-the-barrel filmmaking virtually from start to finish...

There are no featured audience reviews yet. Click the link below to see what others say about Silent Venom!