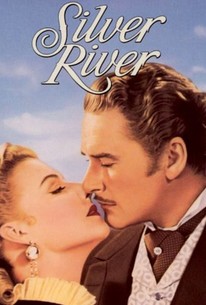 In this western an avaricious, ambitious ex-Civil War officer becomes a gambler after his dishonorable discharge. He then muscles into the Nevada silver-mining business and becomes one of a town's most powerful citizens. The trouble begins when he falls for the wife of one of his employees. To have her, he sends the worker to his death and then marries the poor widow. Meanwhile, his shady lawyer helps him acquire more and more. Later, his new wife realizes that she has married a wicked man and leaves him with much to ponder.

Otto Reichow
as Miner
View All

Offers a few good stirring moments before it stumbles into an uninteresting cautious morality tale.

There are no featured reviews for Silver River at this time.