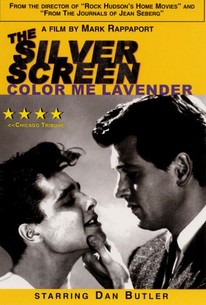 Mark Rappaport is not exactly a documentarian and something more than a filmmaker. You could say he's a movie critic who writes by remote control.

The overall presumptive smugness gets laid on a little too thickly.

There are no featured reviews for Silver Screen: Color Me Lavender at this time.