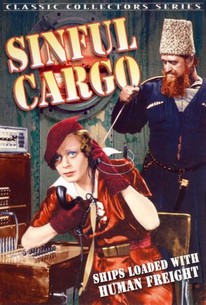 Having peaked as a big-studio leading man, Conrad Nagel accepted a brief contract at cost-conscious Pacific Pictures in 1936. Yellow Cargo is the first of the quartet, with Nagel costarring with Eleanor Hunt as a dog-and-cat team of government agents. Their job is to halt the activities of a gang of smugglers specializing in Chinese aliens (catch that bad-taste title!), which operates under the cover of a movie studio. The film provides intriguing backstage glimpses at Grand National Studios (formerly Educational Pictures), with a few picturesque side trips to Catalina Island. The remaining pictures in the Conrad Nagel/Eleanor Hunt "G Man" series were Navy Spy, The Gold Racket and Bank Alarm (all 1937).

Lillian Wessner
as Nurse
View All

There are no critic reviews yet for Yellow Cargo. Keep checking Rotten Tomatoes for updates!

There are no featured reviews for Yellow Cargo at this time.