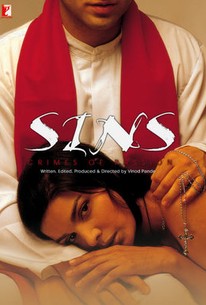 Vinod Pande's controversial film follows the exploits of two passionate lovers in a relationship that was doomed from the start. Father Williams (Shiny Ahuja) and young Rosemary (Seema Rahmani) begin a seemingly innocent association when he helps her with her career choice, but the relationship quickly turns intensely physical and clearly forbidden. Though initially fraught with guilt, the pair ultimately finds they can't deny their feelings.

There are no critic reviews yet for Sins. Keep checking Rotten Tomatoes for updates!