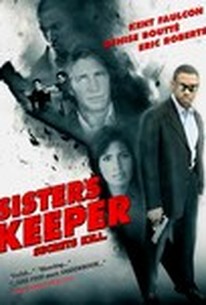 A military-trained assassin is caught in a deadly quagmire of deception, family secrets, and forbidden love while attempting to carry out his last job in this thriller featuring Eric Roberts. Jacob Tate has seen his fair share of death, and now he's looking to get out of the game. His latest target is Diane Shaw, a small town schoolteacher who mistakes him for the brother she never met. Diane's mother vanished without a trace thirty years prior, and with the help of her brother she hopes to solve a lingering family mystery. Believing that salvation is in sight, Jacob assuredly assumes the role of Diane's brother. But the closer Jacob gets to Diane, the deeper he falls for her. Strangely, his feelings seem to be reciprocated by the confused Diane, who can't deny her attraction, but resists her instincts in an attempt to sort out her true feelings. Just as Jacob prepares to untangle his sordid web of lies, however, the same men who hired him show up to finish the job, and sins of Diane's mother reach down through the family bloodline. With their lives on the line, Jacob must now choose between being Diane's protector, or her most feared predator.

While made on a modest budget, this slick, satisfying action drama more than stands up to a number of similar big-studio efforts.

There are no featured audience reviews yet. Click the link below to see what others say about Sister's Keeper!