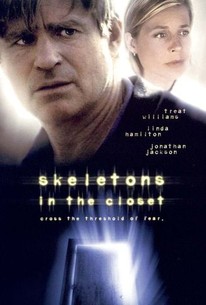 Single father Will Reed (Treat Williams) and his teenaged son Seth (Jonathan Jackson) have increasingly uncomfortable conflicts that go beyond the usual coming-of-age difficulties. Seth has grown reclusive and mysterious as his father does his best to communicate with him. Seth's binge drinking and drug use get him in trouble with his girlfriend Robin (Schuyler Fisk) and her family, and his unwelcome advances on Tina (Linda Hamilton), a co-worker of Will's who has a crush on Will, make things even more unsettling. Will is hardly prepared for what comes next: Seth begins giving his father items of clothing as gifts -- items that may be evidence of a series of murders in their small New Hampshire town. Each time Will confronts Seth with the evidence, a very calm Seth has an innocent answer. Even the police think Will is going too far. Is Seth a serial killer, or is Will losing his mind?

Treat Williams
as Will

Camden Munson
as Seth at Age 6

Deborah Betko
as Neighbor
View All

Critic Reviews for Skeletons in the Closet

There's no tension here, and when it comes to thrillers, that's about the worst transgression that exists.

Audience Reviews for Skeletons in the Closet

Excellent little crime thriller/mystery. An unknown hidden gem. Engaging performances, a tight solid script, and superb directing. For being shot on a shoestring budget this film certainly hits home. Forget "The Good Son" or "Joshua". Skeletons in the Closet crushes those films! "Treat Williams plays the father, raising his teenaged son (Jonathan Jackson) on the New Hampshire coast. The son is rebellious, like any teenager but almost dangerously so. Prone to keeping to himself and lashing out in a violent manner, when unsolved murders begin to turn up, Dad begins to suspect that his son may be involved." Don't expect any gore or any extreme violence. This film isn't about all of that. It focuses more on building suspenseful tension through the studies of creepy character development. It moves at a very slow pace but never falls flat, thanks to some wonderful acting and intriguing dialogue. This is the kind of film that will have you guessing till the very end. I highly recommend this movie.

Skeletons in the Closet Quotes