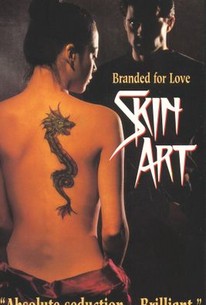 Will (Kirk Baltz) served in the American Army in Vietnam. More particularly, he became a prisoner of war in Vietnam. In fact, the thing it is most necessary to know about him is that, after being tortured to reveal everything he knew which might be of use to his captors, he was nursed back to health by one of the women Viet Cong, a mixed-race girl named Sophia (Hil Cato). The experience so scalded him that he cannot bring himself to have sex with any of the pretty Asian prostitutes he usually tattoos for a living. One of his non-Asian female customers (Nora Ariffin) decides to try cut through the sludge of his neuroses and see what makes him tick.

Kirk Baltz
as Will

Douglas Broughton
as Commandant
View All

There are no featured reviews for Skin Art at this time.