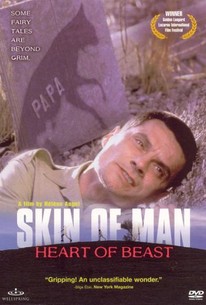 In this disturbing French drama, a family welcomes a long-lost loved one into their home only to discover that he behaves like a stranger. Fifteen years ago, a man named Coco (Bernard Blancan) disappeared without warning. One day, he returns to his family home, telling his mother Marthe (Maaike Jansen) that he joined the Foreign Legion. While no one at home -- mother Marthe, younger brother Alex (Pascal Cervo), older brother Francky (Serge Riaboukine), and Francky's two daughters, teenage Christelle (Virginie Guinand) and five-year-old Aurelie (Cathy Hinderchied) -- is sure if they believe Coco's story, they're glad to see that he's finally returned home in one piece. However, Coco isn't quite the same as he once was; he suffers from dramatic mood swings, and he doesn't seem to trust those around him. While Christelle, who never knew Coco, resents his presence around the house and finds his moods disturbing, Aurelie displays a child's trust of this oddly vulnerable stranger, and they become close. However, the longer Coco stays with the family, the more obvious his emotional disturbance becomes, which in time leads to rough sexual encounters with prostitutes and sudden acts of shocking violence. Peau d'Homme, Coeur de Bete was shown in competition at the 1999 Locarno Film Festival.

Emilie Lafarge
as Girl in handcuffs
View All

Critic Reviews for Skin of Man, Heart of Beast

A simmering psychological drama in which the bursts of sudden violence are all the more startling for the slow buildup that has preceded them.

The all-French cast is marveilleux.

Leaves you with a knot in your stomach, its power is undercut by its own head-banging obviousness.

Skin Of Man gets a few cheap shocks from its kids-in-peril theatrics, but it also taps into the primal fears of young people trying to cope with the mysterious and brutal nature of adults.

Angel presents events partly from the perspective of Aurelie and Christelle, and infuses the film with the sensibility of a particularly nightmarish fairytale.

The film does a solid job of slowly, steadily building up to the climactic burst of violence.

With an obvious rapport with her actors and a striking style behind the camera, Hélène Angel is definitely a director to watch.

For a debut film, Skin of Man, Heart of Beast feels unusually assured.

The darker elements of misogyny and unprovoked violence suffocate the illumination created by the two daughters and the sparse instances of humor meant to shine through the gloomy film noir veil.

Audience Reviews for Skin of Man, Heart of Beast

There are no featured audience reviews yet. Click the link below to see what others say about Skin of Man, Heart of Beast!