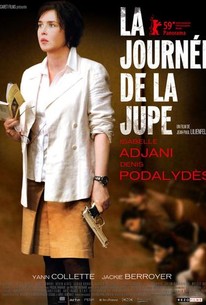 A troubled and emotionally fragile woman finds herself at the center of a firestorm, in this gut-wrenching psychological drama from France. Screen veteran Isabelle Adjani (Les Soeurs Brontë, Ishtar) stars as Sonia Bergerac, an instructor at a school for "difficult" children. As if that role were not demanding enough, Sonia's husband suddenly and inexplicably leaves her, and she encounters considerable problems adjusting to her work environment. She thus finds herself careening toward a nervous breakdown, with seemingly no way to stop. Compounding matters is Sonia's decision to buck the principal's rule of no skirts for female teachers, a policy she resents. Sonia's world explodes into chaos one afternoon when she discovers a gun in one of her students' bags. Acting spontaneously and indignantly, she seizes it and fires an accidental shot, wounding one pupil's leg. The incident gets misread and draws untoward attention, and before long parents, politicians, law officers and the media surround the school and turn an unfortunate incident into a full-blown hostage crisis that may well push Sonia over the edge of sanity.

Jackie Berroyer
as The Principal

Nathalie Besançon
as The Minister

Marc Citti
as Frédéric
View All

Skirt Day, which has the feel of a mediocre stage play transplanted to the screen, grows duller and more preposterous as it unfolds, with Adjani's illogical antics becoming shriller and less sympathetic as the standoff stretches on.

There is significant salvation in the form of a committed lead turn from Isabelle Adjani, which won her a record-breaking fifth Best Actress Cesar.

a stark political satire, exposing all the divisions and frictions - social, sexual, racial, cultural and religious - of a modern multi-cultural France whose fragile sense of identity remains locked in a state of turbulent adolescence.

There are no featured reviews for La journée de la jupe (Skirt Day) at this time.