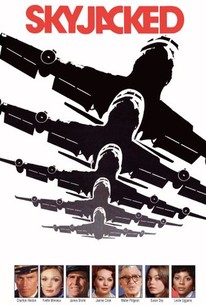 Sky Terror is the reissue title for Skyjacked, a 1972 MGM all-star adventure based on a novel by David Harper. Charlton Heston mans the controls of a Los Angeles-bound commercial airliner which is hijacked to Russia by an unknown miscreant. Even when the skyjacker, revealed to be passenger James Brolin, is subsequently subdued, the crew must contend with a hidden time bomb. The film is graced with a who's who of MGM contractees past and present, including Yvette Mimieux, Walter Pidgeon and Mike Henry. A flashback sequence contains one of the first examples of an American film coming to grips with how rudely our Vietnam veterans were ignored upon returning home; alas, this compassion quickly degenerates into the odious "crazed Vietnam vet" cliche. Footnote: The first network showing of Skyjacked was boycotted by TV stations owned by the Storer Corporation, which had a hard and fast rule against screening any film concerning a hijacked plane.

Mike Henry (I)
as Sam Allen
View All

Imagine, if you can, Airport reduced to a made-for-TV movie.

I liked it on the whole; the film had suspense; it had drama.

One of the early '70s disaster films, which is routine at best.

There are no featured audience reviews yet. Click the link below to see what others say about Skyjacked!