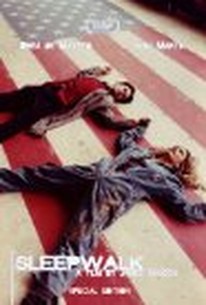 A pair of free spirits are brought together under unlikely circumstances in this low-key independent comedy-drama. After a long night of drinking, Ray (Ivan Martin) finds himself stumbling across the roof of a loft in Soho. While shouting down an air vent, he hears a voice calling back and is introduced to Henrietta (Drea De Matteo), an artist whose eccentricities are a good match for his own. They spend the night together, but the two soon find that turning a one-night stand into a real relationship is going to be a lot harder than they expected. Sleepwalk was the first feature for writer and director James Savoca; the film had its world premiere at the 2000 South by Southwest Film Festival.

There are no critic reviews yet for Sleepwalk. Keep checking Rotten Tomatoes for updates!

This was an indie film I found free on YouTube. It was pretty different, good on characters and intriguing. I'm looking forward to seeing more by this director. I think they'll go far.