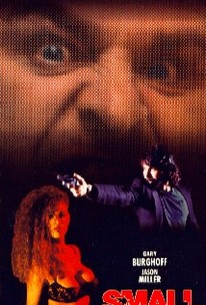 Rob Fresco directed this astoundingly bizarre thriller featuring one of the more unusual psycho killers of recent years, Gary Burghoff, best known as Radar O'Reilly from the film and TV series M*A*S*H. As the demented Fleck, Burghoff gets to kidnap children from shopping malls and resell them to their parents, sleep with young boys, slash people to death with a razor, and have sex in a chair with a buxom female victim. As if that weren't reason enough for all fans of extreme cinema to hunt this film down, Burghoff gets to wear women's clothes as elderly fortune-teller Lady Esmerelda Zolotov, whose suicidal roommate (Alan Popper) gets shot by police while running around naked. The Exorcist's Jason Miller shows up as a wino, Playmate Rebecca Ferratti is the wife of the investigating cop (Fred Carpenter), and New York Daily News editor Tom Poster appears as one of Esmerelda/Fleck's henchmen.

Matthew Wilson
as Policeman on Roof

Jerry Brown
as Policeman By Van

Kamala Lopez
as Jenny
View All

There are no critic reviews yet for Small Kill. Keep checking Rotten Tomatoes for updates!

There are no featured reviews for Small Kill at this time.